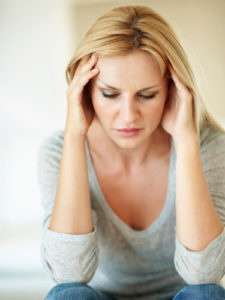 Disproportionately women are affected by migraines, and it’s long been thought due to hormone fluctuation during the menstrual cycle. Researchers believe the hormone oestrogen is could play a role in why more women experience migraines than men. Believing oestrogen effects the trigeminal nerve sensitising it to migraine triggers.

Hormones could be the Trigger cause of Migraines

Women are disproportionately affected by migraines – and we may finally have an answer as to why that’s the case.

After conducting a thorough literature review, a team of researchers believes that oestrogen has a direct impact on migraine sensitivity in the brain.

Around 18 percent of women are migraine sufferers, compared to around just 6 percent of men. To make matters worse, women also don’t seem to respond as well to migraine drugs.

As previous studies have noted, many of these women experience migraines around the onset of their menstrual period. This is the point in the menstrual cycle when oestrogen is at its lowest, which has led scientists in the past to the conclusion that this fluctuation in the hormone may play a role.

But even with hormones being suspected as the culprit, the mechanism for this influence has remained a mystery.

The matter is more complicated by the fact that most migraine research is conducted on male rodents. But there is a body of research on migraines in women, and a team of researchers in Spain tapped into it to try and demystify the phenomenon.

After reviewing decades of literature, they believe that oestrogen could affect the cells around the trigeminal nerve and connected blood vessels in the head, sensitising them to migraine triggers.

“We can observe significant differences in our experimental migraine model between males and females and are trying to understand the molecular correlates responsible for these differences,” said neuroscientist Antonio Ferrer-Montiel of the Universitas Miguel Hernández in Spain.

“Although this is a complex process, we believe that modulation of the trigeminovascular system by sex hormones plays an important role that has not been properly addressed.”

The research examined by the team focused on sex hormones, migraine sensitivity, and how cells respond to migraine triggers.

They found that testosterone seems to protect against migraines, while prolactin – a hormone that occurs in higher concentrations in women than in men – seems to exacerbate them.

The mechanism for this appears to be the control of ion channels in nociceptors, the neurons that respond to threat or damage by sending pain signals.