There are many reasons that a back surgery may or may not work, and even with the best surgeon and for the best indications, spine surgery is no more than 95% predictive of a successful result.

Reasons for Failed Back Surgery and Pain after Surgery

Spine surgery is basically able to accomplish only two things:

By far the number one reason back surgeries are not effective and some patients experience continued pain after surgery is because the lesion that was operated on is not in fact the cause of the patient’s pain.

Predictability of Pain after Surgery

Some types of back surgery are far more predictable in terms of alleviating a patient’s symptoms than others. For instance,

Therefore, the best way to avoid a spine surgery that leads to an unsuccessful result is to stick to operations that have a high degree of success and to make sure that an anatomic lesion that is amenable to surgical correction is identified preoperatively. 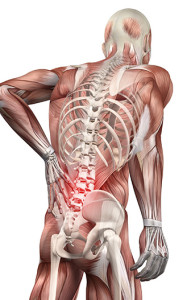 Post–Laminectomy Syndrome is characterized by residual and persistent back and/or leg pain following spine surgery.

In addition to the above-mentioned cause of post laminectomy syndrome, there are several other potential causes of a failed surgery, or continued pain after surgery:

In addition to the primary reasons for post laminectomy syndrome, there are several reasons why a spinal fusion might fail to alleviate a patient’s back pain after surgery, including fusion and implant failures, and transfer lesions.

On postoperative imaging studies it is often very difficult to tell if a patient’s spine has fused, and it can be even harder to determine if a further fusion surgery is necessary. In general, it takes at least three months to get a solid fusion, and it can take up to a year after the spine surgery. For this reason, most surgeons will not consider further spine surgery if the healing time has been less than one year. Only in cases where there has been breakage of the hardware and there is obvious failure of the spinal construct would back surgery be considered sooner.

An instrumented fusion can fail if there is not enough support to hold the spine while it is fusing. Therefore, spinal hardware (e.g. pedicle screws) may be used as an internal splint to hold the spine while it fuses after spine surgery. However, like any other metal it can fatigue and break (sort of like when one bends a paper clip repeatedly). In very unstable spines, it is therefore a race between the spine fusing (and the patient’s bone then providing support for the spine), and the metal failing.

Metal failure (also called hardware failure, implant failure), especially early in the postoperative course after back surgery, is an indicator of continued gross spinal instability. The larger a patient is and the more segments that are fused, the higher the likelihood of implant failure. Implant failure following spine surgery should be very uncommon in normal sized individuals with a one level fusion.

Transfer Lesion to Another Level after a Spine Fusion

A patient may experience recurrent pain many years after a spine fusion surgery. This can happen because the level above or below a segment that has been successfully fused can break down and become a pain generator.