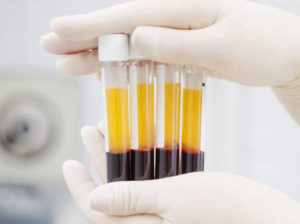 Platelet Rich Plasma is a therapy treatment that uses the patient’s own blood to heal itself. Blood is taken from the patient and spun down to separate the different components: red blood cells, white blood cells and plasma. The plasma, is rich with platelets that are natural occurring healing components in the body. The Platelet Rich Plasma (PRP) is then injected back into the body where the pain is located, helping to accelerate the healing time.The concentration of platelets is what accelerates the body’s own healing process, utilizing the concentrated PRP. Platelet Rich Plasma Therapy is a minimally invasive procedure and has relatively little down time, a physician may recommend easing back into activities following PRP. The short down time is why professional athletes like Tiger Woods, Steph Curry, and Rafael Nadal have used platelet rich plasma to recover from injuries in off seasons.

Now the procedure, known as Platelet Rich Plasma Therapy (PRP), or blood spinning, has been introduced in Scotland.

One of the first patients to undergo the treatment is 55-year-old Orry Nowosad, from Edinburgh, who had been living with discomfort and swelling in his knee since injuring it while playing football 20 years ago.

The retired pipe fitter, like many people, had never heard of PRP before it was suggested to him by his doctor. 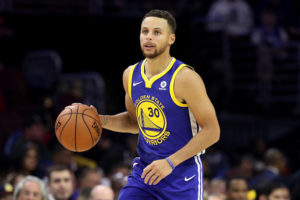 But Orry is now pain-free since undergoing treatment and not only plays football several days a week but is also a keen runner, having completed the Edinburgh Half Marathon in May.

“I still struggle to remember what PRP stands for, but it works,” smiled Orry. “I haven’t been this active for at least two years.

“I badly injured my knee about 20 years ago and had an operation soon after. It never felt 100% and last year I went to my GP, explained my symptoms and was referred to The Edinburgh Clinic.

“After speaking to Tim White, the consultant orthopaedic surgeon there, I had an operation to remove some loose cartilage.

“He did a lot of work on my knee and I felt about 80% better, getting back to walking and hiking without pain.

“But a year later I returned to walking football and afterwards my knee swelled up and took nearly a week to settle back down.

“When I first met Tim he offered a variety of options including breaking my leg and resetting it, which was the last thing I wanted.

“He explained that the pain in my leg was due to malalignment of the joint, which could be broken and reset to return it to its rightful place. He also suggested steroid injection and PRP, which sounded much less invasive.”

PRP works by taking approximately 15ml of blood from the patient and using a machine to rapidly spin it in order to separate the different blood components and to remove the white and red blood cells.

Continue reading the full article from The Sunday Post.