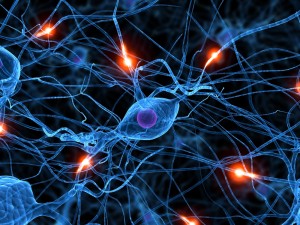 Pain can be tough to take, and it’s also difficult to study: rodent models for pain do not necessarily translate to human pain conditions and expression of disease-causing mutations in cell lines may not precisely mimic the physiology of human pain disorders. Now, researchers have developed a new way to test pain—and, potentially, other sensory-targeting medications. Edward Stevens and James Bilsland of the Pfizer’s U.K.-based neuroscience and pain research units and their colleagues have shown that induced pluripotent stem cells (iPSCs) derived from blood samples of patients with a pain disorder can be used to create sensory neurons that recapitulate the disease phenotype. Testing a novel pain inhibitor on the patient-derived, iPSC-based neurons, the researchers recapitulated the sensitivity to the drug seen in the corresponding patients in a clinical trial.

The team’s results, published this week (April 20) in Science Translational Medicine, suggest that such a stem cell-based approach may be useful to study nerve dysfunction. “We hope this approach will have wide application to many pain states and translate to other therapeutic areas,” Stevens wrote in an email to The Scientist.

“This is an interesting and important foundational study,” Paul Knoepfler, a stem cell researcher at the University of California, Davis, who was not involved in the work, wrote in an email. “In a single study, going all the way from reprogramming cells to testing a drug on neurons made from those cells and finally to testing it on patients seems very unique.”

“What is new here is using iPSC-derived neurons as a tool to test drug responses to predict patient responses,” said Lorenz Studer, a stem cell researcher at the Memorial Sloan Kettering Cancer Center in New York who was not involved in the present study but has previously collaborated with some of the authors.

The researchers derived iPSCs from peripheral blood donated by four patients with inherited erythromelalgia (IEM)—a vascular peripheral pain disorder—who were part of a Pfizer clinical trial testing a single dose of a pain drug. The drug specifically inhibits the periphery neuron-expressed Nav1.7 sodium channel, which transmits pain sensations. Some patients with IEM have gain-of-function mutations in the SCN9A gene that encodes the channel, which makes the individuals hypersensitive to heat pain and experience episodes of extreme burning pain triggered heat, exercise, or other stimuli.

The researchers extracted erythroid progenitor cells from patients’ blood samples and reprogrammed these into iPSCs and established clonal cell lines that each carried the corresponding patient’s SCN9 Amutation. The team also derived iPSCs from four healthy individuals with no SCN9A mutations to serve as controls. Both IEM patient– and control-derived neurons were heterogeneous in their abilities to fire, but IEM patient–derived neurons more readily generated action potential and were more likely to spontaneously fire compared to control neurons, suggesting that the former cells had higher excitability.

Continue reading the full article from The Scientist here