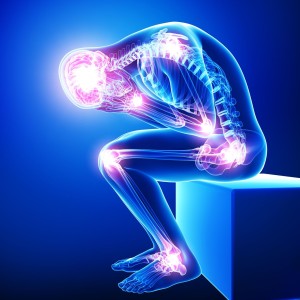 PHILADELPHIA – Charcot-Marie-Tooth Disease (CMT) is in the family of inherited neuropathy, of the peripheral nervous system, affecting approximately one in 2,500 Americans. Its most common iteration, CMT1, comes in many forms, most of which have to date been linked to a small set of causative genes. New research from the department of Neurology at the Perelman School of Medicine at the University of Pennsylvania and the Children’s Hospital of Philadelphia recently spanned the globe to uncover a new genetic cause of CMT1. Their findings are published online this week in Brain.

Their findings expand the number of genes known to cause CMT1, further helping neurologists and patients find the genetic underpinnings of their neuropathy.

Charcot-Marie Tooth Disease is a progressive debilitating neurodegenerative disorder that strikes in the second or third decade of life. This disease results in numbness and weakness in the hands and feet. There are two categories of CMT: those caused by the loss of axons in the peripheral nerves (CMT2) and those characterized by a malfunction in the Schwann cells that make up the myelin sheath, the protective coating that surrounds the nerve fibers and allows them to conduct nerve signals at high speeds (CMT1).

Penn neurologists studied a father and son with CMT1 who were treated at the Hospital of the University of Pennsylvania and Children’s Hospital of Philadelphia, respectively, and did not carry a mutation in any of the five genes known to cause CMT1. The father’s parents did not have the disease, suggesting that a new random mutation occurred, not shared by either parent, which he then passed on to one of his three sons.

Through complex genetic sequencing of the father’s 20,000 genes, the team was able to identify 49 mutations that could be the cause of the pair’s CMT. One mutation, a change in the peripheral myelin protein 2 gene (PMP2), emerged as the most likely culprit. PMP2 encodes a protein that transports fatty acids, which are the building blocks of the myelin sheath and known to be one of the most abundant proteins in peripheral nervous system myelin. Further testing of the father’s living siblings, parents and two other sons showed that he and his one affected son were the only family members to carry this mutation. This was strong evidence that mutations in PMP2 cause CMT1, slowing nerve conduction and resulting in weakness and numbness in the hands and feet.

By UNIVERSITY OF PENNSYLVANIA SCHOOL OF MEDICINE