What is Complex Regional Pain Syndrome?

Complex regional pain syndrome (CRPS) is a chronic pain condition most often affecting one of the limbs (arms, legs, hands, or feet), usually after an injury or trauma to that limb.  CRPS is believed to be caused by damage to, or malfunction of, the peripheral and central nervous systems.  The central nervous system is composed of the brain and spinal cord, and the peripheral nervous system involves nerve signaling from the brain and spinal cord to the rest of the body.  CRPS is characterized by prolonged or excessive pain and mild or dramatic changes in skin color, temperature, and/or swelling in the affected area.

There are two similar forms, called CRPS-I and CRPS-II, with the same symptoms and treatments. CRPS-II (previously called causalgia) is the term used for patients with confirmed nerve injuries. Individuals without confirmed nerve injury are classified as having CRPS-I (previously called reflex sympathetic dystrophy syndrome).  Some research has identified evidence of nerve injury in CRPS-I, so the validity of the two different forms is being investigated.

CRPS symptoms vary in severity and duration. Studies of the incidence and prevalence of the disease show that most cases are mild and individuals recover gradually with time. In more severe cases, individuals may not recover and may have long-term disability.

Who can get CRPS?

Anyone can get CRPS. It can strike at any age and affects both men and women, although it is much more common in women. The average age of affected individuals is about age 40. CRPS is rare in the elderly. Children do not get it before age 5 and only very rarely before age 10, but it is not uncommon in teenagers. 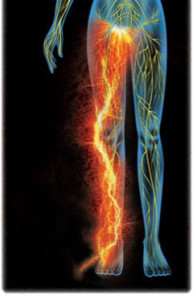 The key symptom is prolonged pain that may be constant, and extremely uncomfortable or severe. 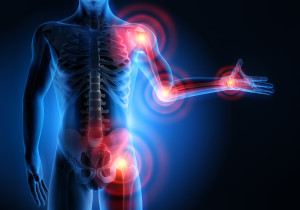 Most cases of CRPS are caused by a clear history of injury or trauma.

What are the symptoms of CRPS?

The key symptom is prolonged pain that may be constant and, in some people, extremely uncomfortable or severe. The pain may feel like a burning or “pins and needles” sensation, or as if someone is squeezing the affected limb. The pain may spread to include the entire arm or leg, even though the precipitating injury might have been only to a finger or toe. Pain can sometimes even travel to the opposite extremity. There is often increased sensitivity in the affected area, such that even light touch or contact is painful (called allodynia).

People with CRPS also experience constant or intermittent changes in temperature, skin color, and swelling of the affected limb. This is due to abnormal microcirculation caused by damage to the nerves controlling blood flow and temperature. An affected arm or leg may feel warmer or cooler compared to the opposite limb. The skin on the affected limb may change color, becoming blotchy, blue, purple, pale, or red.

Other common features of CRPS include:

Doctors aren’t sure what causes some individuals to develop CRPS while others with similar trauma do not. In more than 90 percent of cases, the condition is triggered by a clear history of trauma or injury. The most common triggers are fractures, sprains/strains, soft tissue injury (such as burns, cuts, or bruises), limb immobilization (such as being in a cast), or surgical or medical procedures (such as needlestick). CRPS represents an abnormal response that magnifies the effects of the injury. In this respect it is like an allergy. Some people respond excessively to a trigger that causes no problem for other people.

Peripheral nerve abnormalities found in individuals with CRPS usually involve the small unmyelinated and thinly myelinated nerve fibers (axons) that carry pain messages and signals to blood vessels. (Myelin is a mixture of proteins and fat-like substances that surround and insulate some nerve fibers.) Because small fibers in the nerves communicate with blood vessels, small nerve fiber injuries may trigger the many different symptoms of CRPS. Molecules secreted from the ends of hyperactive injured small nerve fibers are thought to contribute to inflammation and blood vessel abnormalities. These peripheral nerve abnormalities in turn trigger abnormal neurological function in the spinal cord and brain, leading in some cases to complex disorders of higher cortical function.

Another abnormality in CRPS involves the blood vessels in the affected limb, which may dilate (open wider) or leak fluid into the surrounding tissue, causing red, swollen skin. The underlying muscles and deeper tissues can become starved of oxygen and nutrients, causing muscle and joint pain and damage. At times, the blood vessels may over-constrict (clamp down), causing cold, white, or bluish skin. The dilation and constriction of small blood vessels is controlled by small nerve fiber axons as well as chemical messengers in the blood.

CRPS also affects the immune system. High levels of inflammatory chemicals (cytokines) have been found in the tissues of people with CRPS. These contribute to the redness, swelling, and warmth reported by many patients. CRPS is more common in individuals with other inflammatory and autoimmune conditions such as asthma.

Limited data suggest that CRPS also may be influenced by genetics. Rare family clusters of CRPS have been reported. Familial CRPS may be more severe with earlier onset, greater dystonia, and more than one limb being affected.

Occasionally CRPS develops without any known injury. There may have been an internal injury caused by an infection, a blood vessel problem, or entrapment of the nerves, so careful examination is needed to determine the cause and treat it.

In many cases, CRPS is the result of multiple causes that act together to produce various symptoms.

How is CRPS diagnosed?

Currently there is no single diagnostic test to confirm CRPS. Diagnosis is based on the affected individual’s medical history and signs and symptoms that match the definition. But because several other conditions can cause similar symptoms, careful examination is important. Since most people improve gradually over time, diagnosis may be more difficult later in the course of the disorder.

Testing also may be used to help rule out other conditions, such as arthritis syndromes, Lyme disease, generalized muscle diseases, a clotted vein, or small nerve fiber polyneuropathies (such as from diabetes), because these require different treatment. The distinguishing feature of CRPS is usually a history of earlier injury to the affected area, as most of these other conditions are not triggered by injury. Individuals without a history of injury should be carefully examined to make sure that another treatable diagnosis is not missed.

Magnetic resonance imaging or triple-phase bone scans sometimes identify CRPS-characteristic changes in the bone metabolism. CRPS is often associated with excess bone resorption, a process in which certain cells break down the bone and release calcium into the blood.

What is the prognosis?

The outcome of CRPS varies from person to person. Almost all children and teenagers have good recovery. Some individuals are left with unremitting pain and crippling, irreversible changes despite treatment. Anecdotal evidence suggests early treatment, particularly rehabilitation, is helpful in limiting the disorder, but this benefit has not yet been proven in clinical studies. More research is needed to understand the causes of CRPS, how it progresses, and the role of early treatment.

How is CRPS treated?

The following therapies are often used:

Rehabilitation therapy. An exercise program to keep the painful limb or body part moving can improve blood flow and lessen the circulatory symptoms. Additionally, exercise can help improve the affected limb’s flexibility, strength, and function. Rehabilitating the affected limb also can help to prevent or reverse the secondary brain changes that are associated with chronic pain. Occupational therapy can help the individual learn new ways to work and perform daily tasks.

Psychotherapy. CRPS and other painful and disabling conditions often are associated with profound psychological symptoms for affected individuals and their families. People with CRPS may develop depression, anxiety, or post-traumatic stress disorder, all of which heighten the perception of pain and make rehabilitation efforts more difficult. Treating these secondary conditions is important for helping people cope and recover from CRPS.

Medications. Several different classes of medication have been shown to be effective for CRPS, particularly when used early in the course of the disease. No drug is approved by the U.S. Food and Drug Administration specifically for CRPS. No single drug or combination of drugs is guaranteed to be effective in every person. Drugs to treat CRPS include:

All drugs or combination of drugs can have various side effects such as drowsiness, dizziness, increased heartbeat, and impaired memory. Inform a healthcare professional of any changes once drug therapy begins.

Surgical sympathectomy. The use of this operation that destroys some of the nerves is controversial. Some experts think it is unwarranted and makes CRPS worse; others report a favorable outcome. Sympathectomy should be used only in individuals whose pain is dramatically relieved (although temporarily) by sympathetic nerve blocks. It also can reduce excess sweating.

Spinal cord stimulation. Placing stimulating electrodes through a needle into the spine near the spinal cord provides a tingling sensation in the painful area. Typically the electrode is placed temporarily for a few days to assess whether stimulation will be helpful. Minor surgery is required to implant all the parts under the skin on the torso. Once implanted, the stimulator can be turned on and off, and adjusted using an external controller. Data shows that about one-fourth of individuals develop equipment problems that may require additional surgeries.

Other types of neural stimulation. Neurostimulation can be delivered at other locations along the pain pathway, not only at the spinal cord. These include near injured nerves (peripheral nerve stimulators), outside the membranes of the brain (motor cortex stimulation with dural electrodes), and within the parts of the brain that control pain (deep brain stimulation). A recent option involves the use of magnetic currents applied externally to the brain (called repetitive Transcranial Magnetic Stimulation, or rTMS). The advantage is that no surgery is required; the disadvantage is need for repeated treatment sessions.

Intrathecal drug pumps. These devices pump pain-relieving medications directly into the fluid that bathes the spinal cord, typically opioids and local anesthetic agents such as clonidine and baclofen. The advantage is that pain-signaling targets in the spinal cord can be reached using doses far lower than those required for oral administration, which decreases side effects and increases drug effectiveness. There are no studies that show benefit specifically for CRPS.

Emerging treatments for CRPS include: