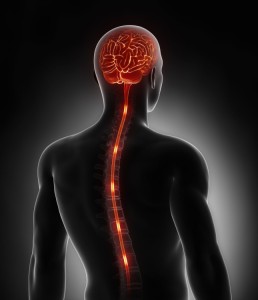 One of the key contributors to peripheral nerve disease in patients with diabetes is the central nervous system (CNS), a new report suggests.

Published in the journal Pain, the study, conducted by Dr Solomon Tesfaye of Sheffield (UK) Teaching Hospitals NHS Foundation Trust and colleagues found changes within the central nervous system (CNS) were associated with the development of diabetic peripheral neuropathy (DPN), according to a press release. According to the release, about 25% of people with diabetes have symptoms of DPN, including progressive and severe pain and insensitivity to trauma, leading to an increased risk of foot ulcers, infections and amputation.

Tesfaye and colleagues used advanced MRI and magnetic resonance spectroscopy techniques in their study. They reported a number of findings suggesting CNS plays a role in the development of DNP, including: differences in the cross-sectional area of the spinal cord, particularly before DNP symptoms appear; atrophy in the primary sensory cortex; differences in blood supply in the thalamus; changes in the brain areas thought to be involved in detecting the location and intensity of pain, as well as emotional responses; and reductions in the brain grey matter, particularly in areas that process somatosensory perceptions.

Reviewing evidence resulting from the use of advanced imaging techniques in several studies, Dr. Tesfaye and colleagues determined that CNS factors might explain the development of diabetic peripheral neuropathy.

Continue reading the full article from The Endocrinology Advisor here